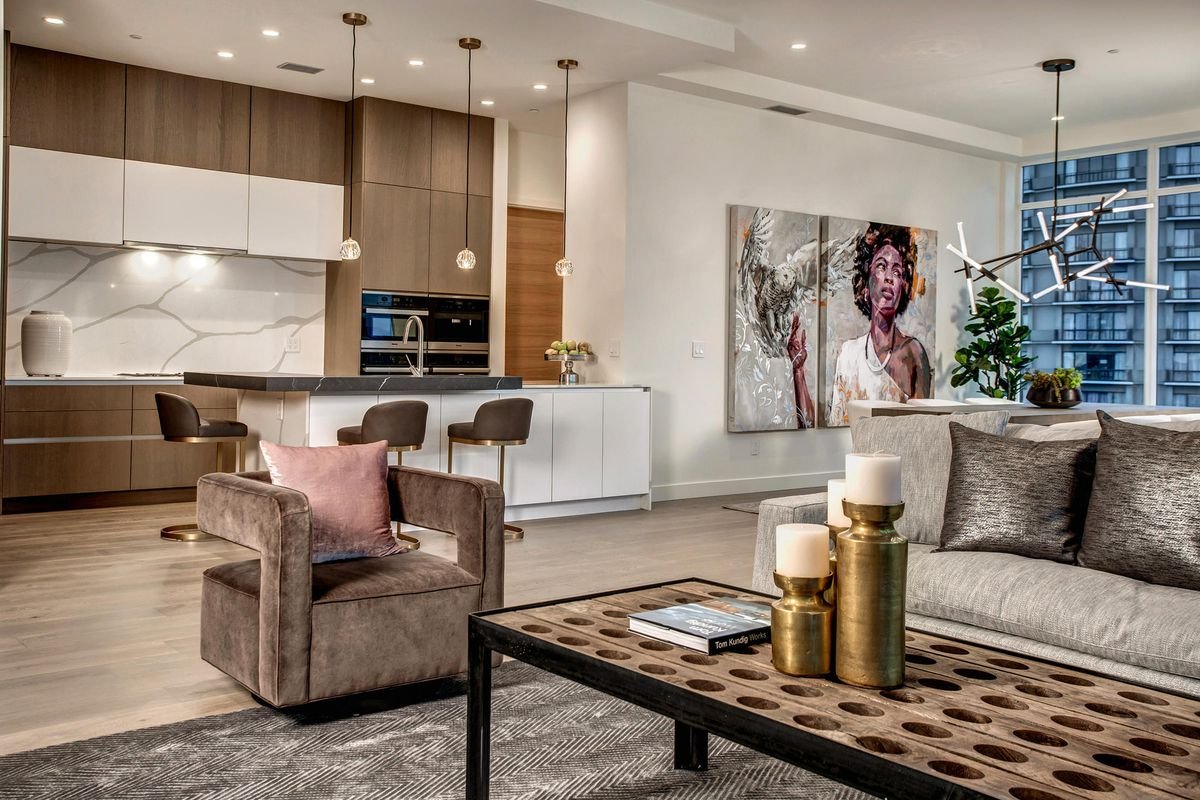 The Escala is known in Seattle as one of the area’s fanciest—if not the fanciest—condo communities, although it’s known more broadly as the home of Fifty Shades of Grey’s titular Christian Grey. This two-bedroom penthouse isn’t the specific penthouse that inspired the series, but it has all the headlines: walls of big view windows, a massive, private balcony, an abundance of space for entertaining, and luxury finishes.

As first reported by the Puget Sound Business Journal, the penthouse is a project of former Microsoft director of product development Jyoti Paul, one of three he’s been developing in the building. Paul purchased the units unfinished and empty—despite being built a decade ago, these units have never actually been occupied.

Typical for a modern, luxury building, the unit boasts a vast, open layout, with dramatic marble finishes in the backsplash, kitchen counter, and minimalist fireplace.

While the Grey condo is listed for $11.5 million, it’s possible to nab one of these penthouses for only (only) seven figures. 1920 4th Ave Unit 3103 is on the market for $3.25 million through Windermere’s Julie Scozzafave and Don Weintraub.