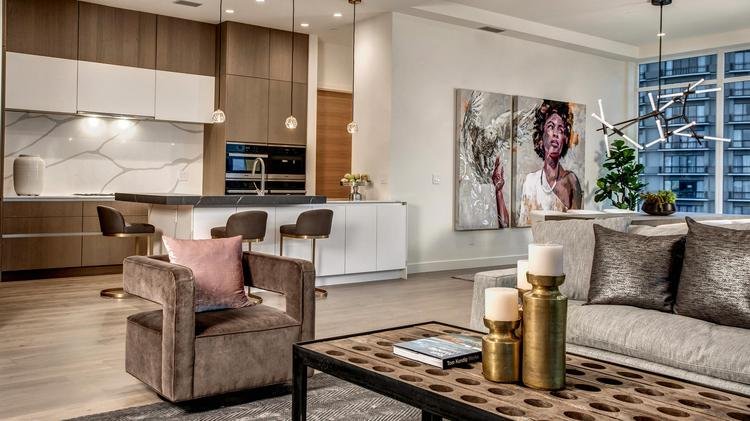 Investor Jyoti Paulhas his head in the clouds. Almost literally.

The former Microsoft director of product development and founder of Bellevue-based Paul Northwest Investments has been immersed in developing three luxury penthouses atop the Escala building at 1920 4th Ave. in Seattle — a prime address for many of this area’s leaders.

One of Paul’s three Escala penthouses came on the market this month, listed at $3.25 million. Windermere’s Don WeintraubandJulie Scozzafave have the listing.

“I have always loved condos and have been long fascinated by Escala,” Paul said. “And when I got the opportunity to buy these empty, never-been-lived-in shell units from the bank for $5 million, I knew that was a very good deal. I also knew that I would have to spend a lot of money developing them and making them really special and unique. That is what sets these units apart.”

Paul estimates the build-outs for these units — which feature a fresh, modern design — have cost more than $400 per square foot.

The first of his condos is on the 31st floor of Escala, spans 2,543 square feet and faces southeast.

“It’s a top floor, and has the highest ceilings in the building, with walls of windows that go all around.” Paul said.

The epicurean kitchen has all Miele appliances, three ovens, a built-in coffeemaker and built-in wine tower. The cabinetry has a linear rail system and stretches from floor to ceiling.

Paul’s other two Escala penthouses, which are twice the size of the first condo, will be listed in the $9 million range. Those will hit the market toward the end of the year. He described the first one as his jewel box.